Smart homes are not just the stuff of dreams anymore, nor are they a luxury reserved for the wealthy. Multiple homes across the planet today have already become smarter statistics show the smart home penetration rate is high – for example more than 130 million households globally having at least one smart speaker.

Creating a smart home environment seemingly sounds simple. All you need to do is pick a smart home ecosystem from major brands like Amazon Alexa, Google Home, Apple HomeKit, and Samsung SmartThings, or other ecosystem players in the ‘connected homes’ arena. The right ecosystem selection, however, is complex. The right home automation solution is one that can easily and securely integrate with the current smart home setup and devices already in use. All the hardware inside the home needs to interoperate with the other smart device, and there is also a need for specialised apps to manage these devices.

Effective smart device proliferation also faces challenges from the retailers’ end. They experience high product return rates due to interoperability issues, are forced to store different versions of the same product to match different ecosystems, and need to deliver increasingly complex advice to consumers with the launch of every new product and version.

Developers are in the same boat. They not only have to pick which ecosystem integration to support, but they must also be knowledgeable about different, competing IoT technologies and ecosystems. Over time, their focus is forced to shift from end-user experience to connectivity and compatibility issues.

the birth of matter

When major smart home brands united in support of this new standard in 2019, little did they know that together they would eventually form a worldwide alliance to bring the Matter specification, reference implementations, testing tools, and certification programs to life. The 180 member organisations and 1700 member individuals of the alliance have taken an open-source approach to the development and implementation of this unified connectivity protocol.
Matter aims to develop
a common language for smart home devices to communicate.

Its goal is to simplify everything about the smart home, from purchase to set up to everyday use.

how does matter transform a smart home?

Matter’s value lies in its ability to securely interoperate with any smart home device. The transition to a smart home device using the Matter protocol is safe, reliable, and seamless. Its main goal is to increase connections between more objects, simplifying development for manufacturers and increasing compatibility for consumers.

End-users can buy any smart home device without having to download individual apps and can work together on things like automation and routines. Being able to connect smart home devices through one standard dramatically increases consumers’ choices too. Currently, many smart home devices support either Google Assistant, Alexa, or HomeKit — not all three. When all these ecosystems work with one standard, people can base their buying decision solely on the quality and price of the product.

matter is going to fix your smart home!

The global spending on IoT and related devices, including smart home devices, is expected to reach $1.1 trillion by 2023. More and more people want to equip their homes with the latest smart technology and safety measures. And in a world where Matter is being welcomed by almost all big-name companies, we are certain to see Apple HomeKit, Google Home, Amazon Alexa, and others playing nice with each other. Instead of the closed smart home ecosystems of before; with Matter, smart home gadgets will operate together, seamlessly, and securely.

A Matter-enabled smart light bulb that works with Apple’s Siri won’t need an iPhone or a separate app to function. The existing smart home gatekeepers will automatically set up devices to interoperate with the end consumers’ existing ecosystem without them having to lift a finger. Google assistant-supported gadgets enabled with the Matter protocol can benefit from this standard too; they will also automatically be able to work with Amazon without any additional setup.

Additionally, a Matter-supported built-in feature in smartphones will integrate the Matter-supported device into the existing network seamlessly, either by simply scanning a QR code or by pressing a single button. The added device will then be ready to work across platforms and multiple voice assistants easily.

For the revolutionary Matter protocol to take effect, and for the world to benefit from smart homes, we need to see a major proliferation of this standard. The way to unify the Matter ecosystem is to get every major stakeholder in the smart home business on the same page — and we are already seeing a high early adoption rate of Matter among leading companies, including our customers, which is a promising start.

homes getting smarter is just a 'matter' of time 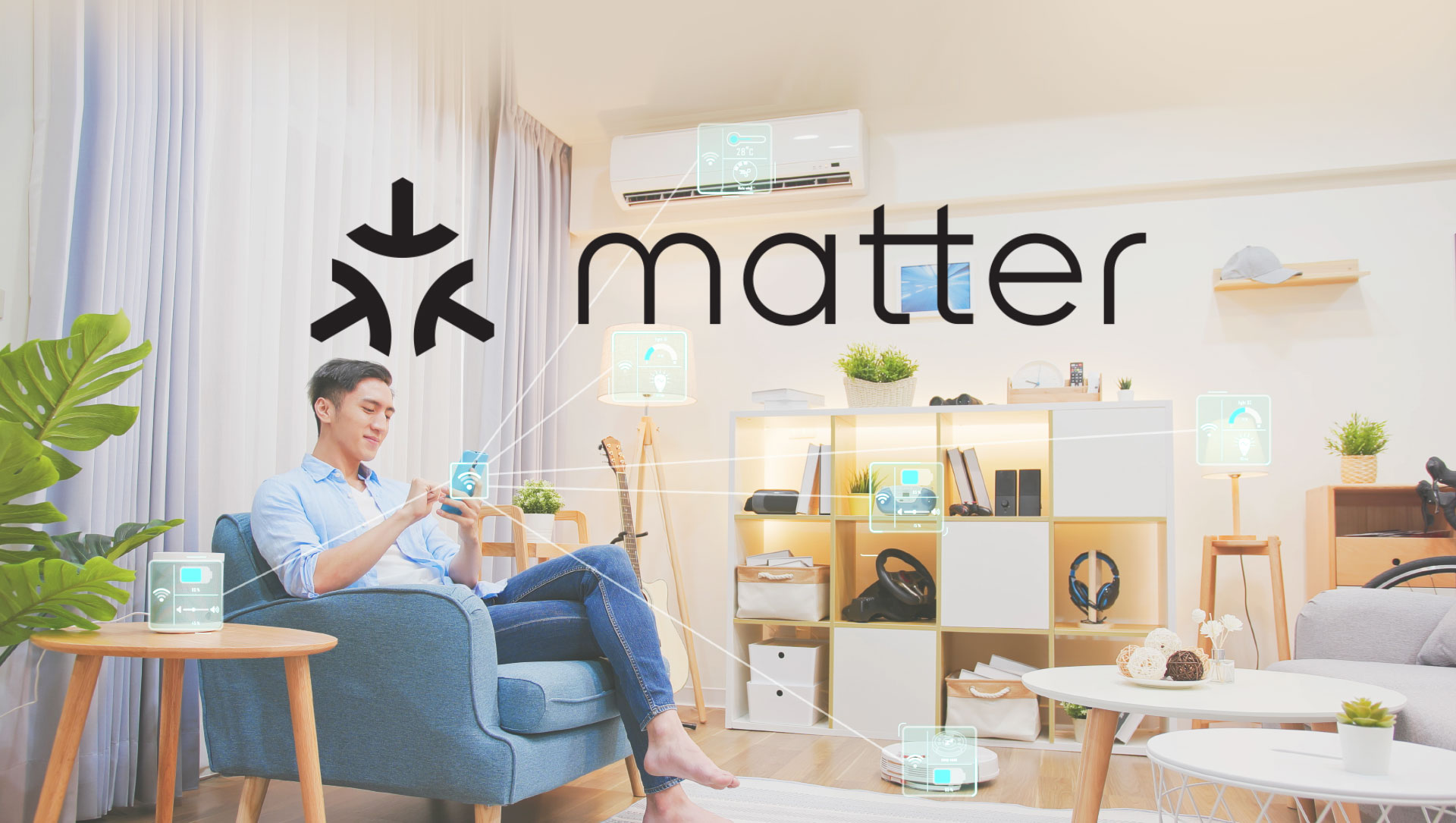 find out how softdel can help
your business grow

Your content is just a step away.
Please submit below to keep reading.